Simplicef Tablets’ generic name is Cefpodoxime proxetil. It’s a broad-spectrum, third-generation, a strong antibiotic drug. This drug belongs to cephalosporins, a class of antibiotic drugs. It’s an FDA (Food and Drug Administration) approved veterinary antibacterial drug used to treat various types of bacterial diseases in dogs, in fact, all canine, feline as well as other animals.

Cephalosporins like cefixime, cefuroxime, cefprozil, cefepime, and cefpodoxime proxetil, etc are highly effective against a broad range of gram-positive as well as gram-positive bacteria types. They effectively kill bacteria by disrupting their cell wall or restricts the growth or replication of bacteria by ceasing/stopping the bacterial cell wall synthesis in dogs.

What Is Simplicef Used For In Dogs?

Here is the list of common infectious diseases caused by bacteria treated with Cefpodoxime Proxetil or Simplicef Tablets tablets in dogs and other small animals.

Simplicef Tablets are available in two different strengths, 100mg and 200mg. Each tablet contains the chemical ingredient cefpodoxime proxetil, a cephalosporin, antibiotic drug. It effectively treats all kinds of urinary tract infections caused by various types of gram-positive and gram-negative bacteria. Cefpodoxime proxetil is a third-generation, strong antibiotic drug.
It can treat UTIs in dogs with few days (usually 7-14 days). The recommended dosage for cefpodoxime proxetil in dogs is 2.3mg/lb to maximum 4.5mg/lb or 5mg/kg to maximum 10mg/kg. A veterinarian may suggest the best dosage plan for your dog after diagnosing the infection and the severity of the condition.

A broad-spectrum antibiotic like cefpodoxime proxetil effectively treats all kinds of ear infections in dogs and cats. It kills bacterial cells by disrupting their cell wall as well as stops the duplication of bacteria. Bacterial ear infection in dogs can be painful, pus may discharge through the ear. So, it’s essential to take an oral antibacterial drug (Simplicef) which works against these bacterial cells.

A  bacterial nose infection can effectively be treated with Simplicef medication. This antibiotic medication helps the dogs to recovery fast. A dog may get a nose infection due to the accumulation of bacteria, injury, and trauma, etc.

Skin conditions including cellulitis, folliculitis, and pyoderma, etc could be treated with Simplicef cefpodoxime proxetil medication. This broad range of antibiotic tablets treats all types of skin bacterial infections in dogs effectively.

A veterinarian may decide whether to use cefpodoxime proxetil in a dog’s diarrheal infection or not. But it could be used to treat diarrhea in dogs. 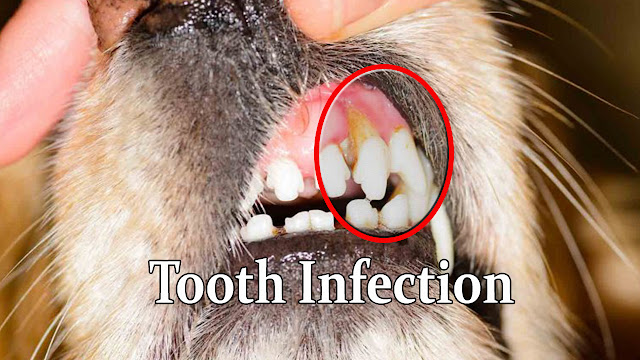 As a broad-spectrum antibiotic drug, cefpodoxime proxetil effectively treat a variety of bacterial infections in dogs and cats. Periodontal diseases refer to the inflammation of gums or a dental infection. You may treat all kind of dental infections where bacteria is responsible.

It’s a bacterial infection of the kidney. It can be treated if get diagnosed in the early stages. Symptoms of Pyelonephritis include increased/decreased urination, increased drinking, frequent peeing with a small amount of urine, blood in the urine, pain during urination, lethargy, loss of appetite, etc.
A veterinarian may suggest iv antibiotic fluids to treat this infection as well as oral antibiotic treatment for more than 4 weeks.

It’s a bacterial disease that usually affects the lymph system of the dogs as well as chest area, brain, and skin. Common symptoms are chest pain, loss of appetite, chills, sweating, shortness of breath, and coughing. It’s caused by gram-positive bacteria, called Nocardia. Cefpodoxime proxetil can be used to treat this bacterial infection.

It’s a female dog disease in which the uterus becomes inflamed. This is caused by bacteria. It happens during or after pregnancy. Antibiotics are usually used to treat metritis in dogs. Simplicef (cefpodoxime) is highly suitable to treat this kind of bacterial disease.

This is a bacterial disease caused by the bacterium actinomyces. This bacterium usually found in dogs’ bodies (in the oral cavity, throat, digestive system, and genital area) and is not harmful. But the abnormal growth of actinomyces bacteria may result in a chronic disease called actinomycosis.
Symptoms include a reddish lump on the dog’s face, fever, mild pain, weight loss, chest pain, coughing, etc. Usually, this kind of bacterial infection treated with broad-spectrum, third-generation cephalosporins drug Cefpodxome proxetil. It’s highly effective against actinomyces israelii, actinomyces naeslundii, actinomyces viscosus, and actinomyces odontolyticus bacteria.

It’s an infectious disease also known as rabbit fever or deer fly fever. This is a rare disease that usually affects the eyes, lungs, lymph nodes, and skin of a dog. Francisella tularensis bacterium is responsible for this disease. Simplicef (cefpodoxime proxetil) can treat infectious diseases caused by tularemia bacteria.

This disease is caused by the bacteria known as bacillus piliformis or clostridium piliforme. The bacteria found in contaminated food, water and characterized by necrotic lesions in the liver. It’s a life-threatening disease. Oral antibiotics like Simplicef (a cephalosporin drug) commonly used to treat Tyzzer disease. If left untreated, it may cause death within a few days.

Borreliosis or Lyme disease usually caused by a bacterium called Borrelia mayonii or Borrelia burgdorferi. Bacteria enter the dog’s body through the insect bite. In most cases, deer tick carries the bacteria and bacteria enter the body when they burrow the dog’s skin. The bacteria causes flu-like symptoms in dogs, rashes, joint pain, etc. An antibiotic treatment always advised by veterinarians to treat Lyme disease in pets.

This disease is caused by the bacteria Escherichia Coli or E Coli. It usually affects the digestive system of the body. Diarrhea, abdominal cramps, loss of appetite, abdominal pain, gas, bloating, GERD, are some of its common symptoms. Antibiotics like Simplicef are advisable as the best antibiotic treatment for E. Coli in dogs and other small animals.

This is a sexually transmitted disease caused by the bacterium Brucella canis (b. canis) in dogs. It affects the reproductive system of dogs. Brucella infection is highly contagious in dogs. An oral antibiotic treatment usually advised by the veterinarians to treat Brucellosis in dogs. Simplicef (cefpodoxime proxetil) can treat Brucellosis or Brucella infection in dogs effectively. The recommended dose of Simplicef in dogs is 2.3mg/lb. However, a veterinarian may suggest the exact dosage plan for your dog after diagnosing the disease and observing the condition.

It causes a broad range of infectious diseases in dogs including botulism, tetanus, etc. Simplicef is the best antibiotic treatment for all types of clostridia infections in dogs.

Usually, kennel cough caused by the bacterium Bordetella Bronchiseptica in dogs. Symptoms include persistent cough, which sounds like a goose honk. Antibiotic treatment commonly advised by veterinarians. Simplicef tablets are highly effective to treat kennel cough in dogs.
This medication does not treat diseases caused by viruses or fungi. For viruses, antiviral medication is available like Tamiflu (oseltamivir) for influenza virus, ganciclovir for cytomegalovirus (CMV) management, aciclovir for herpes virus, etc. For fungal infections, antifungal medication is available like fluconazole, clotrimazole, terbinafine, miconazole, are some examples of antifungal medication. 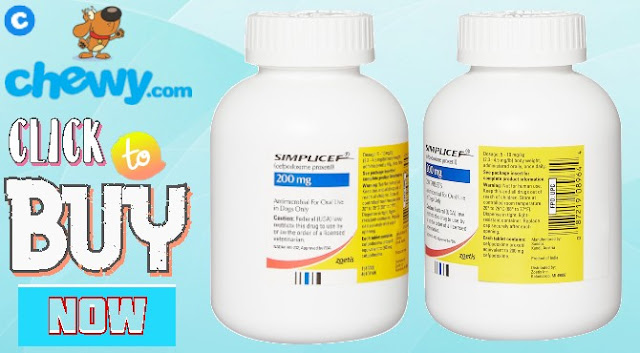 Antibiotics like Simplicef (cefpodoxime proxetil) do not kill protozoa (except some), parasites, or insects. They are used to treat the secondary or additional bacterial infections that occurred due to the insect bites, parasites bite, or other protozoa in the dog’s body. This article provides sufficient information about Simplicef uses for dogs. We don’t suggest or recommend any medication. Always consult your Vet before taking any kind of medication for your dog.

How To Buy Simplicef for Dogs Without a Vet Prescription

Probably, you’re here to know:  How to buy  Simplicef antibiotic without a vet prescription in the United States of America or elsewhere at the Internet? I have answered so many questions related to buying Antibiotics Read more… 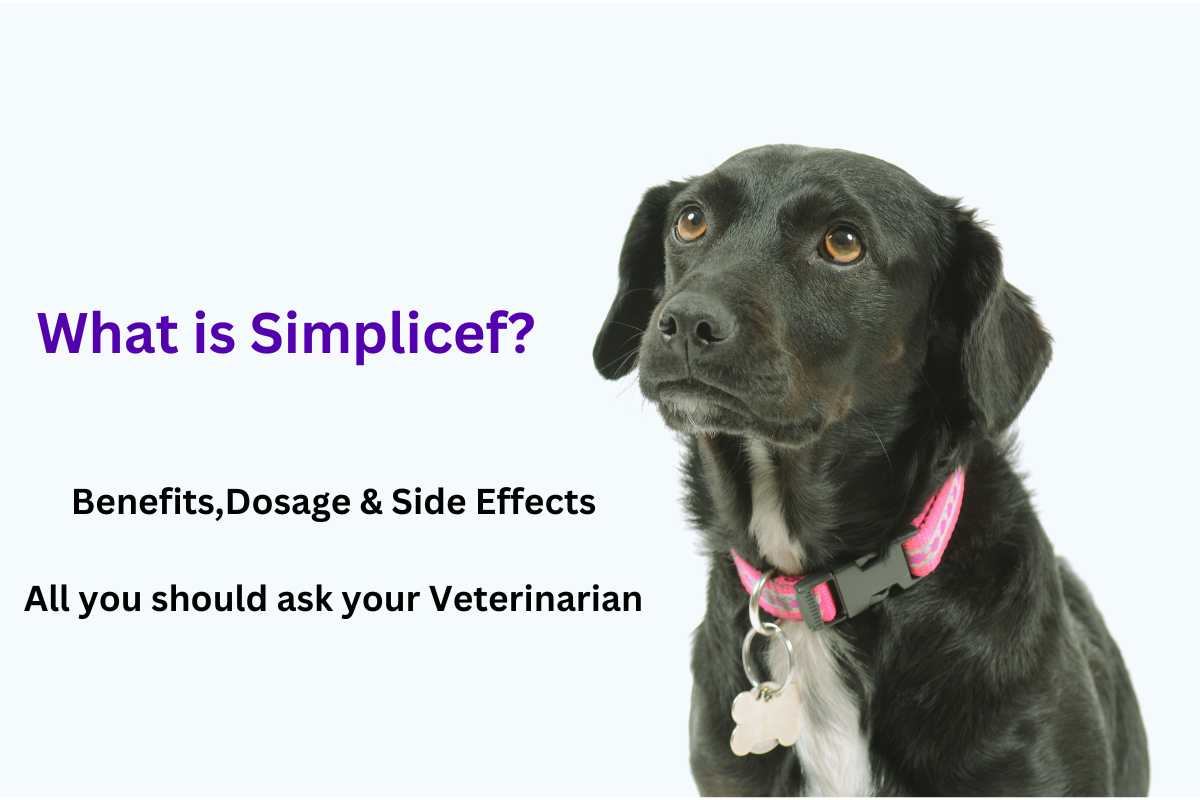 What is Simplicef, and what is it used for in Dogs?

Simplicef is a brand name for the antibiotic cefpodoxime proxetil. It is used to treat a variety of bacterial infections in dogs, including infections of the skin, respiratory tract, urinary tract, and infections caused by Read more…

Does Simplicef (Cefpodoxime) Need To Be Given With Food?

This article explains that whether “Is it necessary to give Simplicef (Cefpodoxime proxetil) tablets with food or not?” It’s a veterinary antibiotic drug that is used to treat a broad range of bacterial infections in dogs, Read more…