Stop the Yulin Dog Meat Festival and Rescue Dogs in 2022 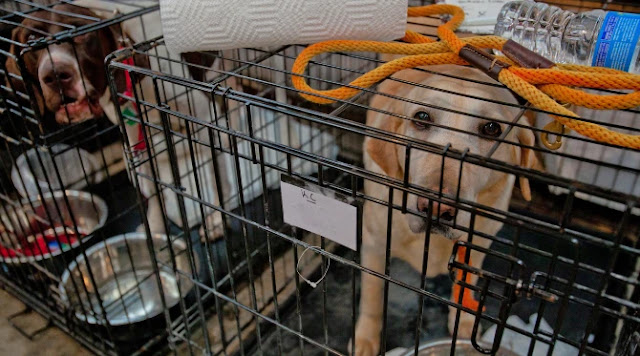 The Yulin dog meat festival in China is a gruesome event that takes place every year. Dogs are captured and slaughtered for their meat, often in horrific ways.

The festival has come under increasing scrutiny in recent years, and there is hope that it can be put to an end permanently in 2022.
There are many things you can do to help stop the Yulin dog meat festival and rescue dogs from this terrible fate. In this blog post, we will discuss what you can do to help make a difference!

The Yulin Dog Meat Festival is an annual event in China that celebrates the consumption of dog meat. Each year, thousands of dogs are slaughtered and served up as food to festival-goers who revel in the Tradition of this barbaric practice.

But why do we care about rescuing these poor animals? Well, for starters, eating dogs does not align with the beliefs or cultural practices of many cultures around the world. More importantly, though, it is simply cruel to treat any animal in such a violent and inhumane way.
These dogs are sentient beings with thoughts, feelings, and emotions just like any other living creature. By working together we can stop the Yulin Dog Meat Festival, and rescue dogs from being meat in China.
Let’s end the horrific suffering, we can speak out against cruelty and promote respectful treatment of all animals. So let’s band together to put an end to this terrible tradition once and for all!

How can we help stop the Yulin Dog Meat Festival?

The Yulin Dog Meat Festival, which takes place every year in June, is a major source of animal cruelty and suffering. Dogs are grabbed off the street or taken from shelters and bred in appalling conditions before being killed and eaten.

This practice is not only horrific for animals caught up in it, but it also promotes violence and indifference towards other living creatures.

To help put an end to this terrible festival once and for all, we need to raise awareness about its inherent cruelty. By bringing attention to the reality of the Yulin Dog Meat Festival and educating others about its horrifying effects on both animals and people, we can generate much-needed pressure on lawmakers to permanently shut it down.

Through concerted efforts by concerned citizens everywhere, we can work together to stop this deplorable practice once and for all. Let’s make sure that future generations never have to endure the brutality of the Yulin Dog Meat Festival again. Together, we can do it!

What are some of the organizations working to rescue dogs from the Yulin Dog Meat Festival? 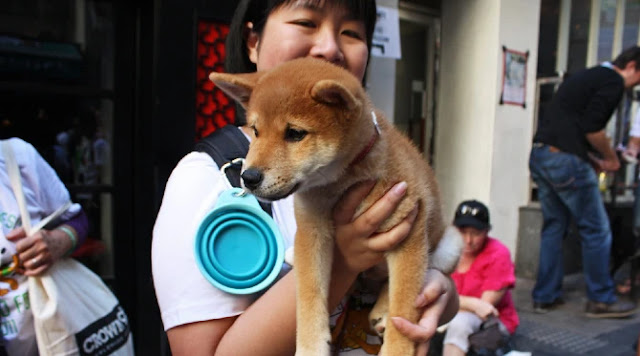 There are a number of different types of organizations working to rescue dogs from the Yulin Dog Meat Festival. Some groups focus on providing shelters, medical care, and other resources to rescued dogs and assisting them in finding new homes.

Others work specifically with local communities in China, engaging in outreach and education efforts to raise awareness about the cruelty of dog meat consumption. Still, others are involved in working with local authorities to help enforce laws against animal abuse and encourage changes to zoning regulations in order to prevent the dog meat trade.
Regardless of the approach they take, these organizations are all united by a shared commitment to end the cruel practices associated with the Yulin Dog Meat Festival once and for all.

How you can get involved in helping these organizations?

The Yulin dog meat festival is an annual event that takes place in the city of Yulin, China. During the festival, dogs are slaughtered and their meat is sold for human consumption. The event has drawn international condemnation due to the cruelty involved in the slaughter of the dogs.
There are a number of organizations that are working to rescue dogs from the Yulin festival and put an end to the event altogether. One way you can get involved is by donating to one of these organizations.
Your donation will help to fund the rescue efforts and provide care for the dogs that have been saved. You can also help by spreading awareness about the issue.
Share information about the Yulin festival with your friends and family and encourage them to support the efforts to put an end to this cruel event. Together, we can make a difference for these dogs and end the Yulin dog meat festival once and for all.

Why it’s important to continue fighting for the end of the Yulin Dog Meat Festival?

In China, the Yulin Dog Meat Festival is an annual event where dogs are brutally slaughtered and then consumed. The practice of eating dog meat is not new in China, but the Yulin festival has drawn international condemnation for the inhumane treatment of animals.

Every year, animal rights activists fight to end the festival, and they have made some progress in recent years. However, the festival continues to take place, and the brutal slaughter of dogs continues.
There are many reasons why it is important to fight for the end of the Yulin Dog Meat Festival. First, the treatment of dogs is cruel and inhumane. They are crammed into cages, often without food or water, and then killed in a brutal fashion. Second, there is no evidence that eating dog meat has any health benefits.
In fact, it can be dangerous, as dog meat is often contaminated with diseases. Third, the dog meat trade fuels the illegal dog trade, which often results in stolen pets being sold into the market.
Finally, the Yulin Dog Meat Festival sets a dangerous precedent for other animals. If we allow dogs to be treated in this way, what’s to stop other animals from being subjected to similar brutality? For these reasons, it is essential that we continue to fight for the end of the Yulin Dog Meat Festival and work to end the cruel practice of dog meat consumption in China.

The Yulin Dog Meat Festival is a gruesome event that involves the slaughter of thousands of dogs each year. This atrocity can be stopped if enough people get involved and donate to one of the organizations working to rescue these animals. You can make a difference by donating whatever you can, even if it’s just a few dollars.

Every little bit helps. So please, donate what you can and spread awareness about this issue so that we can put an end to the Yulin Dog Meat Festival for good.
Categories: Dog meat festival